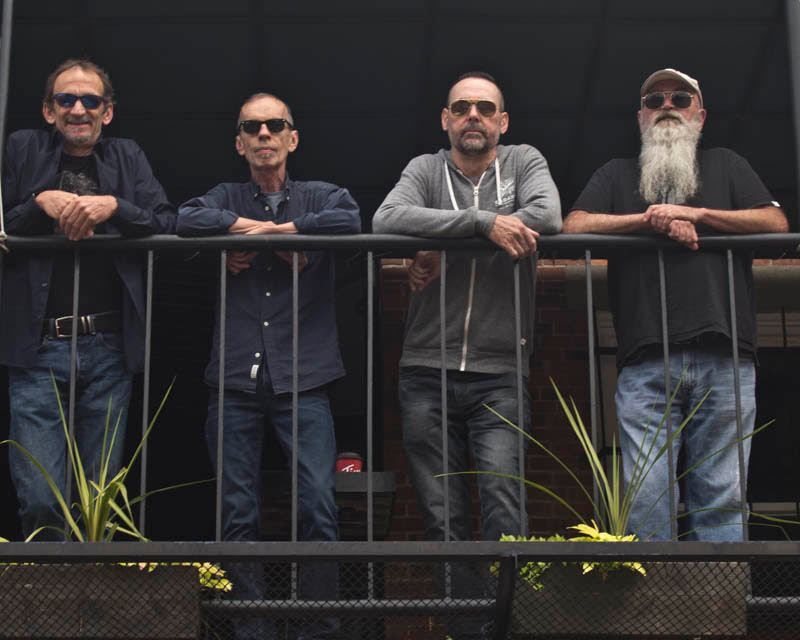 A.K.A. is a Fredericton band that was first on the scene from the late 80’s until 2002. There were
a number of musicians who played with the band over the years, boasting 9 members at one point (including 2 lead vocalists and 3 horn players) in the mid ’90’s.
The band became a mainstay at the River Room during the early years of the Harvest Jazz &
Blues Festival. They were essentially a rock band who wasn’t afraid of jazz, country or blues and they did a lot of original material along with eclectic covers. By the late 90’s, with members involved in other projects as well, the band never had a ‘call it quits’ moment, it just kinda stopped playing, with a brief resurgence around 2000. In 2002 it was all over when one of the pivotal members moved away.
Today, a.k.a. returns, as a quartet with local music veterans :
Ralph Atkinson – guitar, lead vocals
Pat Hawkes – bass, vocals
John Clayden – keyboards
Karl Gans – percussion